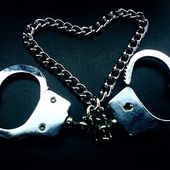 www.inglesesenzasforzo.com
Malaysian cinemas have banned Fifty Shades of Grey for being “more like pornography than a movie”. The upcoming erotic film, based on EL James’ bestselling books, stars Jamie Dornan and Dakota Johnson as BDSM-loving billionaire Christian Grey and naïve, infatuated student Anastasia Steele. It has been given an 18-rating in the UK for “strong sex and sado-masochistic practices” but Malaysia’s Film Censorship Board has gone one step further and deemed it unacceptable for the country’s audiences. “The board made a decision in view of the film containing scenes that are not of natural sexual content,” said chairman Datuk Abdul Halim Abdul Hamid. “The content is more sadistic, featuring scenes of a woman being tied to a bed and whipped.” Malaysia has banned films in the past, including Darren Aronofsky’s Noah for its depiction of a prophet and Bruno for promoting homosexuality. Conservative Muslim officials also stopped US pop star Kesha performing for fear of hurting cultural sensitivities. Fifty Shades is the raunchiest adult-rated movie to come out of mainstream Hollywood in more than a decade, with over twenty minutes of sex scenes in its 100-minute running time (yes, that’s a fifth sex). Religious groups in the Philippines have also protested, leading to a reported censorship of some sex scenes. Dornan has defended claims from womens rights activists thatFifty Shades promotes a “rape and sexual violence culture”. “I can understand why people say tying a woman up and spanking her is misogynistic,” he told Elle magazine. “But actually, more men are submissive than women, very powerful men. “The love story is more important than the BDSM aspect. I mean, we are going to tell a love story, you know, it can’t just be what happens in the Red Room, that’s not a film. There’s so much more going on than that.” http://www.independent.co.uk/arts-entertainment/films/news/fifty-shades-of-grey-film-banned-in-malaysia-for-being-more-like-pornography-than-a-movie-10025162.html?icn=puff-15